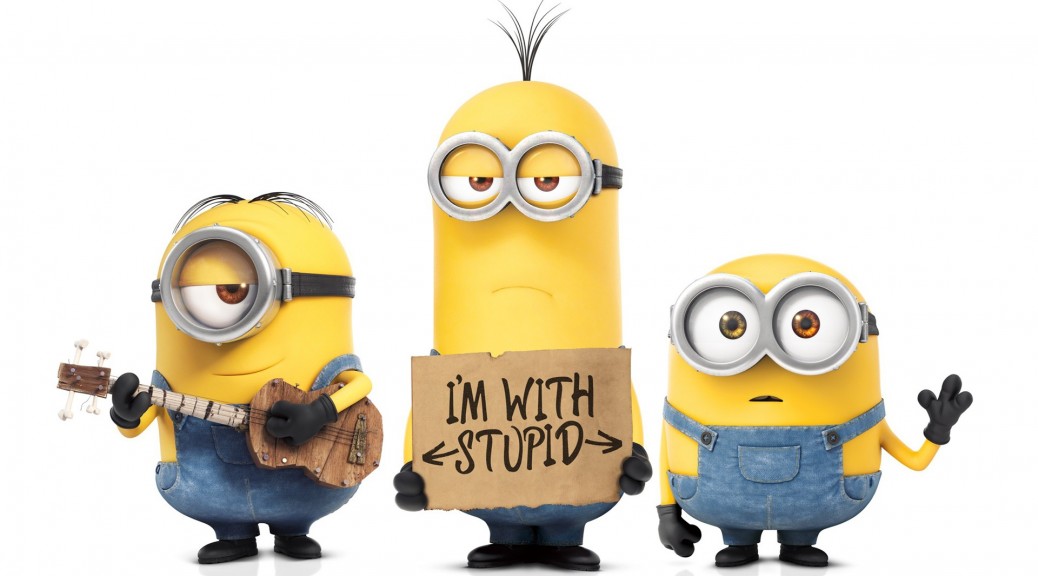 We’re gonna get into a fight! The Gallows, Self/Less, Minions.

The Gallows – A high school play production is haunted by the ghost of a cast member who died in the same school 20 years earlier. Andy was bored the first hour, think they didn’t do a good job as a found footage movie, but liked the last 20 minutes. Likes it was done in a high school auditorium. 3/10. Adam thought they earned the found footage and loved what they did with this. He was genuinely scared in some parts and the ghost itself was super scary. 7.5/10

Self/less – What is this movie? Sci fi? Action? How did it become a chick flick for a minute? Who would enjoy this? 3/10. Andy thinks this sounds par for the course for Tarsem Singh.

Minions – The plot and lead actors weigh down the movie. Andy and Adam’s opinions diverge on whether or not you can enjoy this movie as a series of skits and gags or whether you think those are boring. Andy says yes: 7.5/10 Adam says no: 4/10

Prequels:  We’re getting a Han Solo prequel– what Andy doesn’t want to see and why that’s what makes a bad prequel. Good prequels deepen character and build the world. Star Wars prequels. The Good, The Bad, and The Ugly. Godfather Part II. You don’t even know they’re prequels!
Andy’s prequel: X-Men: First Class.
Adam’s prequel: Prometheus
Fassbender is the common denominator. Because he denominates.