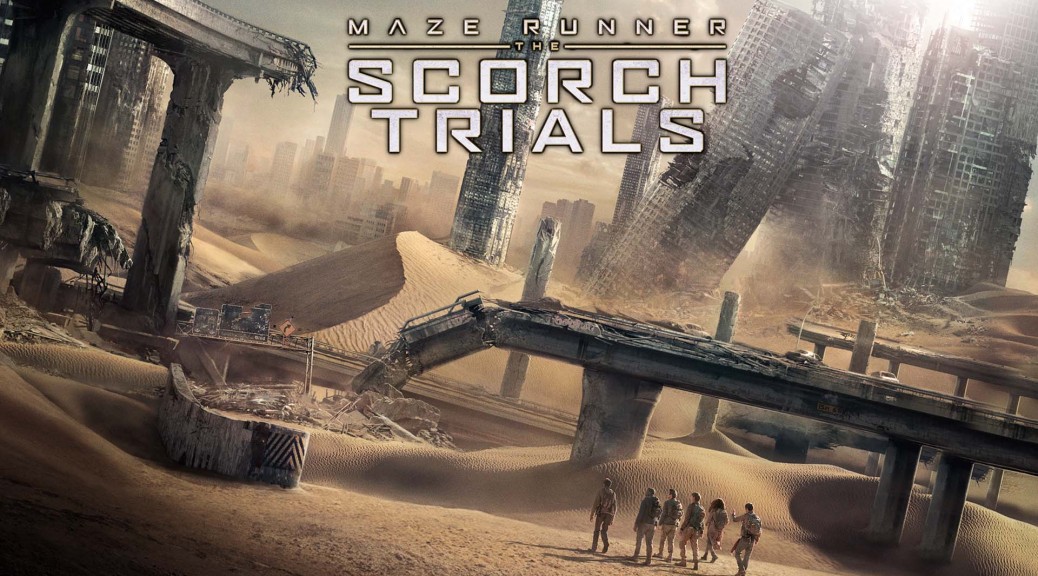 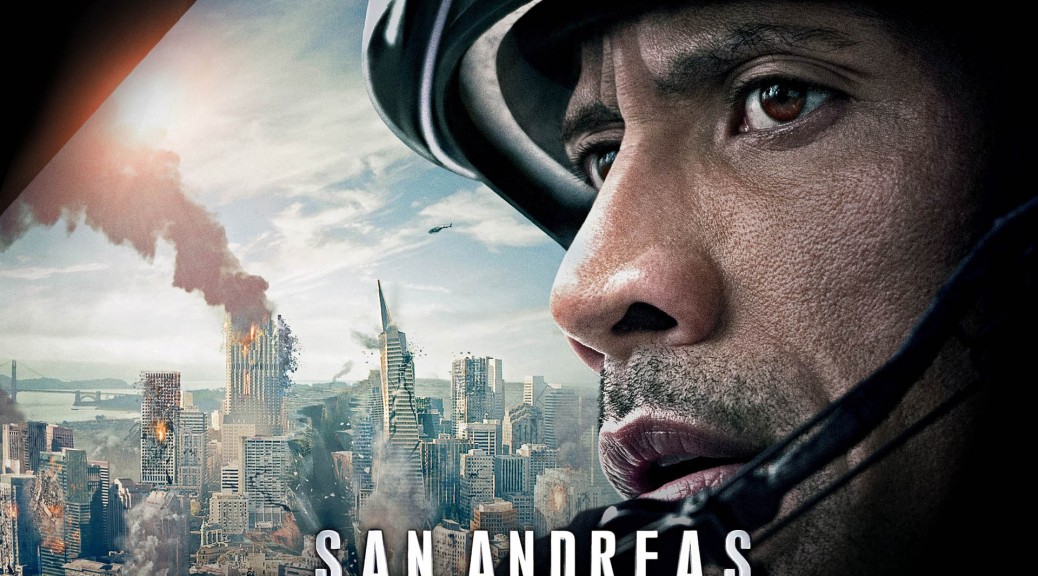 Originally published at BigShinyRobot.com by Andy.

San Andreas is a film in that grandest of traditions of giant, spectacular disaster movies, shared by other “classics” like The Towering Inferno and The Poseidon Adventure that were staples of cinema in the 70’s, 80’s and even into the 90’s (remember when we had TWO volcano movies in 1997 and then TWO asteroid movies in 1998?) In that sense, San Andreas doesn’t cover any new ground, but it does deliver a lot of action, some genuine thrills, and even manages to make this cynical critic care about its characters a little bit.

Dwayne “The Rock” Johnson is an elite Los Angeles Fire and Rescue helicopter pilot, and we see just how skilled he is in an opening sequence during a harrowing rescue of an SUV dangling off a cliff in the San Fernando Valley.

At the same time, Cal Tech seismology professor Paul Giamatti may have discovered a method of predicting earthquakes, and he and his team race off to the Hoover Dam outside Las Vegas to investigate a cluster of small quakes.

Of course, disaster strikes. . .and it may mean certain doom as the quakes threaten to spread up and down the San Andreas Fault, destroying . . .well, pretty much all of California.

When the megaquake hits, Johnson has to swing into action to save his estranged wife from the top of a downtown LA skyscraper, and then rescue his daughter in San Francisco. Yes, there’s some family drama and angst. And a tragic backstory. Luckily, it doesn’t get too cloying and actually helps make the story more interesting rather than just have the movie be a series of sequences watching buildings topple over.

Unfortunately, this is still basically a retread of the disaster movie genre, simply switching out Hollywood’s favorite nihilistic obsession of destroying itself (eg, next week’s Entourage premier. . . ZZzzzing!!!) with destroying the Bay Area instead. While the script is attributed to former Lost producer Carlton Cuse, it is very obviously a product of the Hollywood script-by-committee.

But, that being said, it is a better entry into the disaster genre, understanding what it is and where it comes from, and it tries to exceed the limitations of what it is. For example the film takes a different turn in its final act as San Francisco deals with a giant tsunami, helping to make sure each action sequence builds from the previous one and tries to raise the stakes.

While the real stars here are the spectacle and the special effects, the human cast does a great job as well. Carla Gugino seems to have a lot of fun here, and when daughter Alexandra Daddario (The Percy Jackson movies, White Collar) is trying to escape from crumbling and flooding San Francisco, she’s aided by a pair of English brothers who bring a lot of fun and hear to the story.And yes, there’s even a little bit of a love story. Awwww. . . .predictable and trite? Yes. But remember, this is a disaster movie, not Shakespeare.

There’s a great metaphor for this film in its choice of soundtrack, which uses a remake of The Mamas and the Papas’ “California Dreaming” by Sia. Hey, that’s a good song, and a good singer, and she tries to take it in an interesting direction by making it a soulful ballad. But. . .it kind of misses the mark, as that song is really all about the harmonies and call-and-repeat mechanic that a single singer can’t deliver. Good try. Not bad. Great production values. But ultimately not a classic.

Overall, you can sum up whether or not you should see this movie with this question: Do you want to see Los Angeles and San Francisco get completely wrecked? If yes, enjoy, but don’t expect too much from it. If not, go watch Mad Max: Fury Road again.