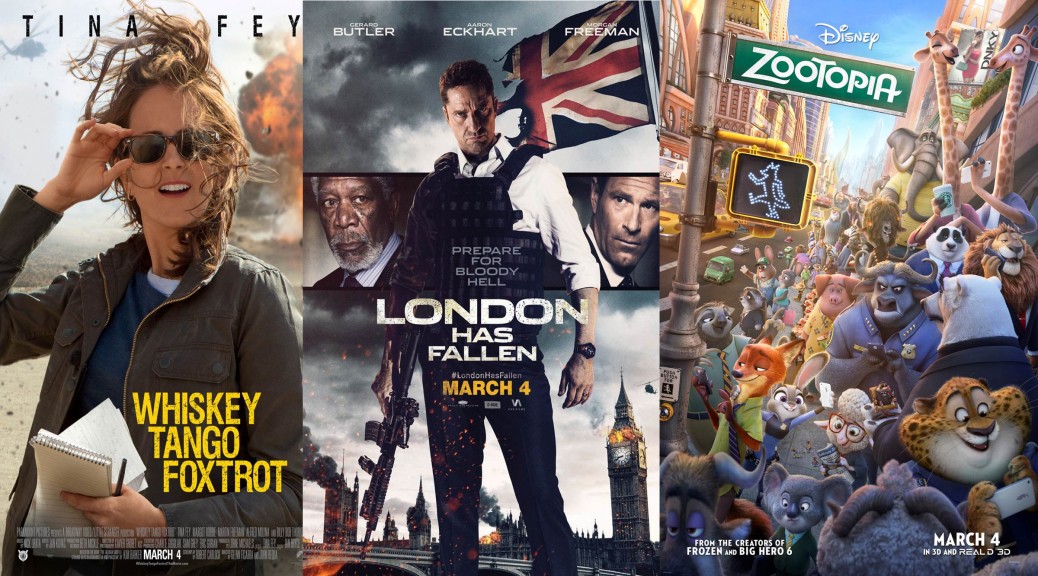 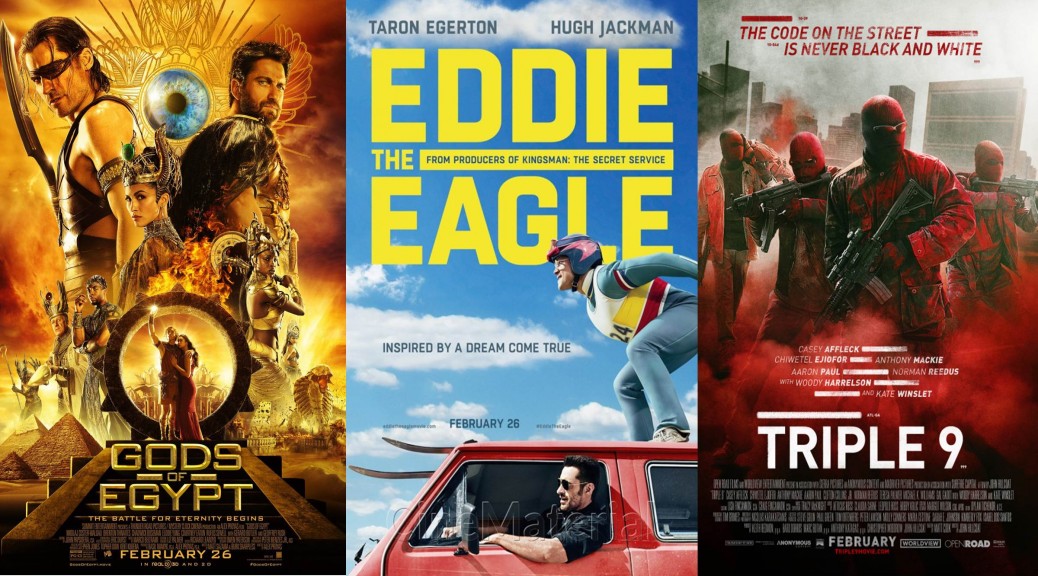 Gods of Egypt, Eddie the Eagle, and Triple 9. We’re joined again by Brooks Bird of The Cinenerd’s REEL Voice and Brooke Heym.

Gods of Egypt is horrible and worthy of all the scorn heaped on it. Racist, sexist, incomprehensible, and boring. No. Just no. Andy gives it 1/10 and Brooks is afraid of what movie is worse than this: 0/10.

Eddie the Eagle is just fun. Jackman and Edgerton are just fun to watch. Somewhat predictable sports hero story, (and so 80’s!) but they sell it so well. Andy gives it 7.5, Adam and Brooks are both at 8/10.

Triple 9 is a little confusing plotwise, but so intense it’s worth it. Great acting, especially by Anthony Mackie and Casey Affleck. Andy and Brooks both give it 8.5/10