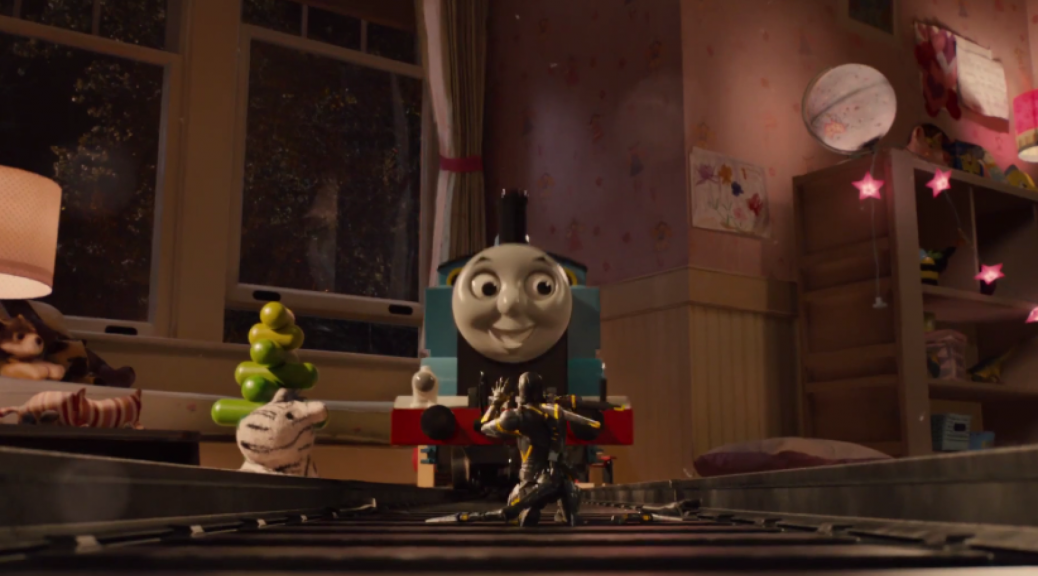 We review Ant-Man and Trainwreck, the run down our favorite Micheal Douglas movies. We’re joined again by Brooke from TwoFeministMoms.com.

Trainwreck has all of the problems most Judd Apatow movies suffer from: somebody get that guy an editor. Really funny. Amy Schumer is awesome. LeBron James and John Cena try to steal the movie. It’s a role reversal of a rom-com. Adam gives it 7/10, Andy is 6.5/10.

Ant-Man is awesome. Andy has a man crush on Paul Rudd. Funniest Marvel movie ever. This might be Brooke’s favorite Marvel movie. Michael Pena was awesome. Edgar Wright vs. Peyton Reed. Paul Rudd and Adam Mackay’s script rewrites.  Hank-Hope-Scott are like a little family– and it’s going to be split by Civil War.

Garrett Morris plays Ant-Man on Saturday Night Live in 1977 – watch on Hulu. Watch for his cameo.