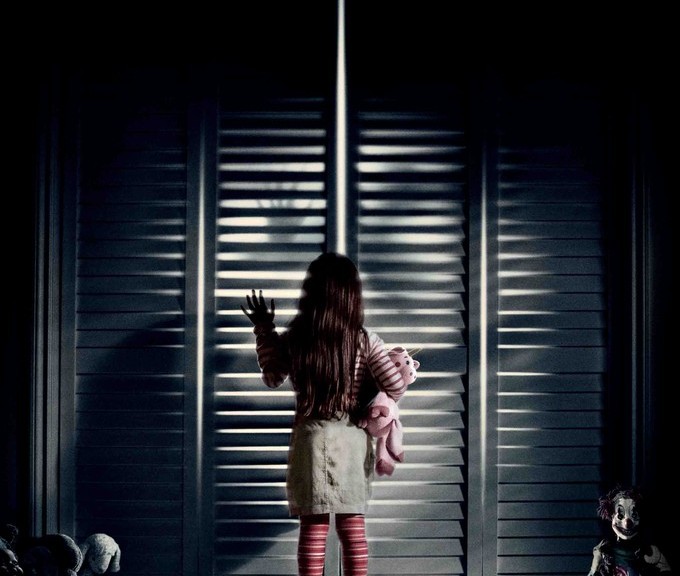 Originally posted at BigShinyRobot.com by Andy.

Don’t let the pedigree fool you. Despite being executive produced by Sam Raimi (Evil Dead, Spider-Man) and directed by Gil Kenan (Monster House), Poltergeist offers no new scares or thrills. Instead, we get a fairly predictable, by-the-book remake of the 1982 film (co-written by a Mr. Steven Spielberg).

In the era of over-the-top-blood-by-the-truckful-raining-from-the-sky horror remakes (I’m looking at you, Evil Dead remake!) or the deconstructive masterpiece that is Cabin in the Woods, you’re going to have to offer more than some evil clowns, creepy tvs, and a few good jump scares to make this work. In fact, in terms of ambience and scariness, I think you’ll have more scares watching a playthrough of Five Nights at Freddy’s on YouTube than in this movie.

Which is too bad. Both director and actors really try to elevate this material. Sam Rockwell is great as the dad, as is Jared Harris as the paranormal investigator (who now has his own reality show, natch), but the real stars here are the kids. Without them, the movie wouldn’t work at all. And they do a great job, or at least as much as they can.

Poltergeist isn’t a bad movie by any stretch. In fact, compared to the spate of other very, very, very bad haunted house movies we’ve been subjected to (I’m looking at you, every movie in the Paranormal Activity series!!), it stacks up well. But why this is being released now over Memorial Day weekend is beyond me, when it really would clean up is in October as we’re ready for a good scary movie. Maybe by then it’ll be on DVD and Blu-Ray, in which case, make sure you watch it at home with all your lights turned off and have a great time.

But waste my time and money in a theater when I could be watching Mad Max, Avengers, or Tomorrowland (or even Pitch Perfect if that’s your thing?) Nope. Not unless you’re REALLY in the mood for a few scares but mostly just retreading the same ground as the original, done with better effects.