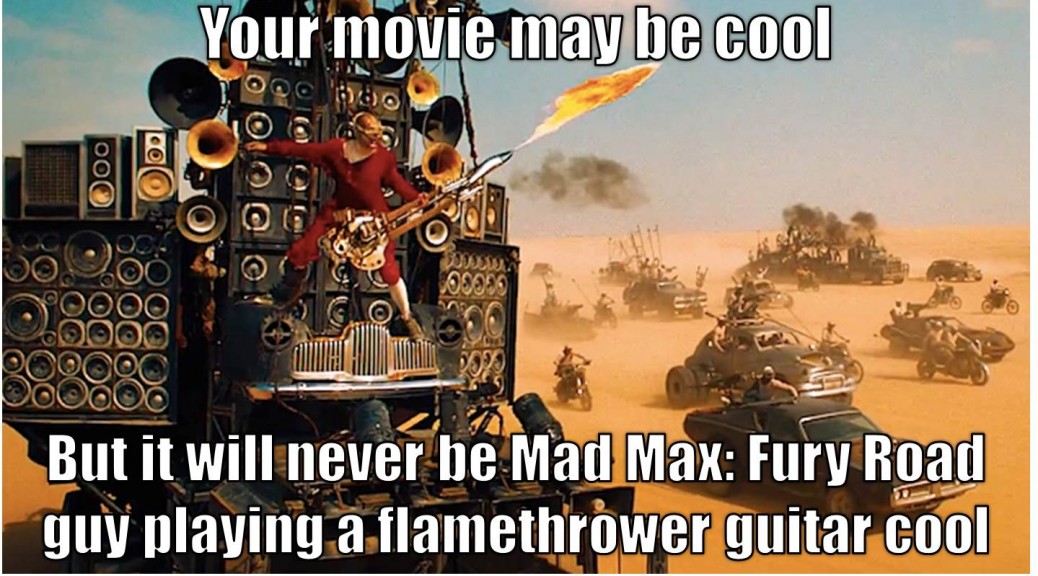 Originally posted on BigShinyRobot.com by Adam and Andy.

Disney’s and Brad Bird’s Tomorrowland is everything you’d expect from Disney and Brad Bird. In a world where cynicism, ironic detachment, and hopelessness pervade everything, it reminds of what it used to be to dream about a shiny future. And it maybe offers a glimmer of hope of how it can be that way again.

The story follows high schooler Casey Newton (Britt Robertson), whose father (Tim McGraw) is a NASA engineer tasked with dismantling the space shuttle launch platform in Cape Canaveral. This is distressing to young Casey for numerous reasons, the biggest of which is it seems like we’ve given up on our aspirations for a better future and resigned ourselves to a future ravaged by climate change, nuclear terrorism, and dystopian politics.

Casey, by touching a Tomorrowland pin, is given a glimpse into this beautiful city of the future. With our world in peril, Casey must join together with a former boy genius Frank Walker (George Clooney) to get back there and prevent impending doom.

As big of a movie as this is, we assembled our robot roundtable to break it down as only we can:

Citizen-bot: I saw this movie as everyone should: with my 10 year old. This film’s message of hope and dreams and imagination hit her just as hard as it did my 10 year old inner self.

Swank-mo-tron: I too came with my kids and I think my enjoyment of the film was better for it. It was a homerun for them and they’ve asked to see it again already. For me, I found the film to have a couple of slight flaws in the structure and logic of the film, but the good far outweighed my complaints about these things. In fact, this film, in a sea of dystopian stories for the last 20 years was nothing short of refreshing. And more than that, it pressed all of my Disney-nerd buttons. It felt like Brad Bird was channeling Walt Disney by way of the Steven Spielberg that made films like E.T. The Extra-Terrestrial and Close Encounters of the Third Kind.

Citizen-bot: I definitely got the Spielberg/Disney mashup vibe. It also reminded me of another great kids sci-fi movie I loved about sci-fi and the power of (literally) following your dreams: Joe Dante’s Explorers starring a very young Ethan Hawke and River Phoenix.

Adam: The one thing I’m really glad I did was go into this movie almost completely blind. The only exposure I had was the first trailer, so I didn’t go in with any expectations of what to expect, and I would highly recommend everyone who can approach it that way, do so. Some of the people I talked to after the screening were disappointed because they wanted to see an action, sci-fi, summer movie, and while there are some really cool and well-shot action moments, this movie is all about the small, intimate moments between the characters and their personal growth. And that’s why it worked for me. Lots of explosions, car chases and battle scenes would have ruined it for me, so I’m glad they were used sparingly. In fact, their inclusion in the third act was the weakest moment overall.

Swank-mo-tron: For me, I was astounded by how well Raffey Cassidy carried her parts of the film. She’s a very young actress and she has to carry her own against George Clooney and she gets all the best scenes and moments of the film. She’s the real break-out here. And her scene in the memorabilia store is the one my kids were talking about the most when we left the theatre. She’s a great character and her story was fascinating, even though we never quite got enough of it.

Adam: Without a doubt she was the best part of the movie. Her presence commanded your attention every moment she was on screen, and it have that much poise and gravitas at such a young age is astounding. The last time I saw an actress accomplish the same feat was Hailee Steinfeld in True Grit, and I really hope that Raffey Cassidy continues to do such amazing work.

And that scene in the memorabilia store. BEST part of the movie, great cameos by Keegan Michael Key and Kathryn Hahn and soooooo many easter eggs. Keep your eyes peeled.

Swank-mo-tron: More than anything, I love the message of this film. That the end of the world is a self-fulfilling prophecy. It has a hope and optimism that was refreshing to see. It was a summer blockbuster of ideas rather than explosions and set pieces, though it has those, too.

Adam: Exactly! “Hope” permeated the film and left me optimistic about the world around me. Humanity hasn’t passed the point of no return. We are close, but even if just one person will believe and do something to change the world, they can accomplish that. Believe you can make a difference, and you will. That said, they did get a bit preachy and heavy handed with their message, and it really didn’t need to be beaten into us again and again.

Citizen-Bot: No cynic ever built anything of value. In 2015, it’s easy to be cynical. But the people that are name-checked or alluded to in this film: Tesla, Eiffel, HG Wells, Edison, Walt frickin’ Disney — despite their flaws, they made something. They tried to get people to hope for something better. I think Brad Bird does the same.